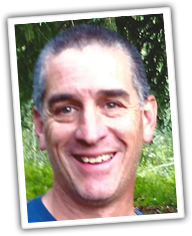 As a child, Tony spent many Sunday afternoons on the back of his Dad's Honda Hawk 400 riding throughout Northern Colorado. Those experiences combined with hearing about his Uncle's stories of riding all across the U.S. and in other parts of the world, he knew he wanted a motorcycle. That day arrived in 1994 after he took a Motorcycle Safety Foundation (MSF) riding class and bought a 1981 Honda CB750F. After riding that for many years, he moved up to a Honda ST1100 which he still loves riding on to this day. Tony's love of riding is shared with his wife as they enjoy exploring mountain roads and taking weekend rides to new places.

Tony became a RiderCoach in 2009 after he retired from the Marine Corps Reserve and his weekends were no longer taken up with service to his country. He enjoys sharing his love of riding by teaching students proper riding techniques and emphasizing important street strategies necessary for safe and responsible motorcycling as they begin a new wonderful adventure in their life.

Tony joined the MRTC Team in October of 2014.