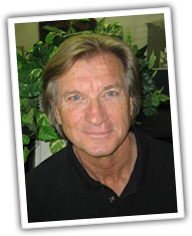 Bill has been riding motorcycles since the mid-1970's, but regularly since 1990 and enjoys riding with friends in the Colorado Rockies.

Bill took the Basic RiderCourse from MRTC in 1991 and later became a MSF Certified RiderCoach in 2006. Additionally, in 2009 Bill completed the intense MSF certification course to become a RiderCoach Trainer. This allows Bill to train other motorcyclists who would like to become RiderCoaches and help current RiderCoaches to get certified in other MSF curriculum offerings. Bill also serves as the "Safety Officer" for one of the local Harley-Davidson H.O.G. Chapter's.

Bill has owned several Harley Davidson motorcycles over the years. His current cruiser bike is a customized black HD Fat Boy, but also loves riding his Honda RC-51 sport bike in the mountains, taking full advantage of all the fun filled canyon twisties that Colorado offers.

Bill's other passions include flying (holds a Private Pilot's license), competitive Go-Kart racing (85+mph), and cruising in his 32 Ford Street Rod. Other hobbies include golf and Aikido.